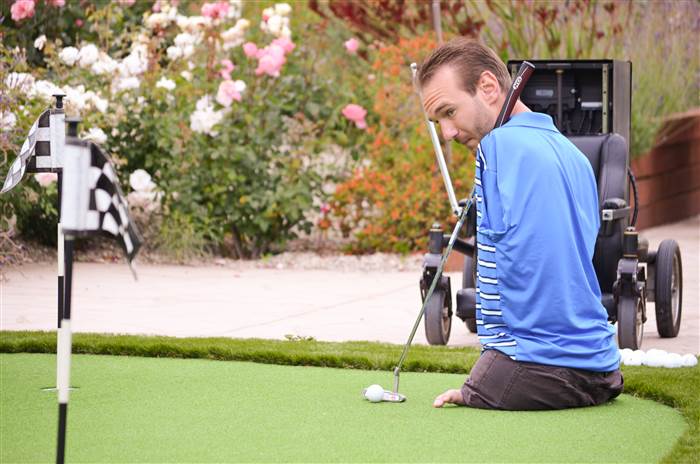 Nick continues to inspire millions and is one the most famous people with disabilities.

He is a motivational speaker who has touched the lives of millions. He swims, plays football, and pretty much does everything, just like any other person. Nick didn’t let his disability stop him from staying happy, achieve his goals in life and live life to its fullest. He founded an NGO named Life Without Limbs through which he motivates people to have faith in Jesus, who he believes gives him strength. He also starred in a short film called The butterfly circus for which he was awarded best actor in a short film by Method first Independent Film Festival.

Nick continues to inspire millions and is one the most famous people with disabilities.

Evangelist, international motivational speaker and New York Times best-selling author Nick Vujicic (pronounced “Vooycheech”) was born in 1982 in Melbourne, Australia. Without any medical explanation or warning, Nick came into the world with neither arms nor legs. Throughout his childhood, Nick dealt not only with the typical challenges of school and adolescence, such as bullying and self-esteem issues, he also struggled with depression and loneliness as he questioned why he was different from all the other kids. He couldn't get the haunting question of “Why was I the one born without arms and legs?” out of his head.

As Nick grew up, he learned to deal with his disability and gradually accomplished more on his own. A janitor at his high school inspired him to start speaking publicly about overcoming adversity, so Nick starting speaking to small groups of students when he was 17. 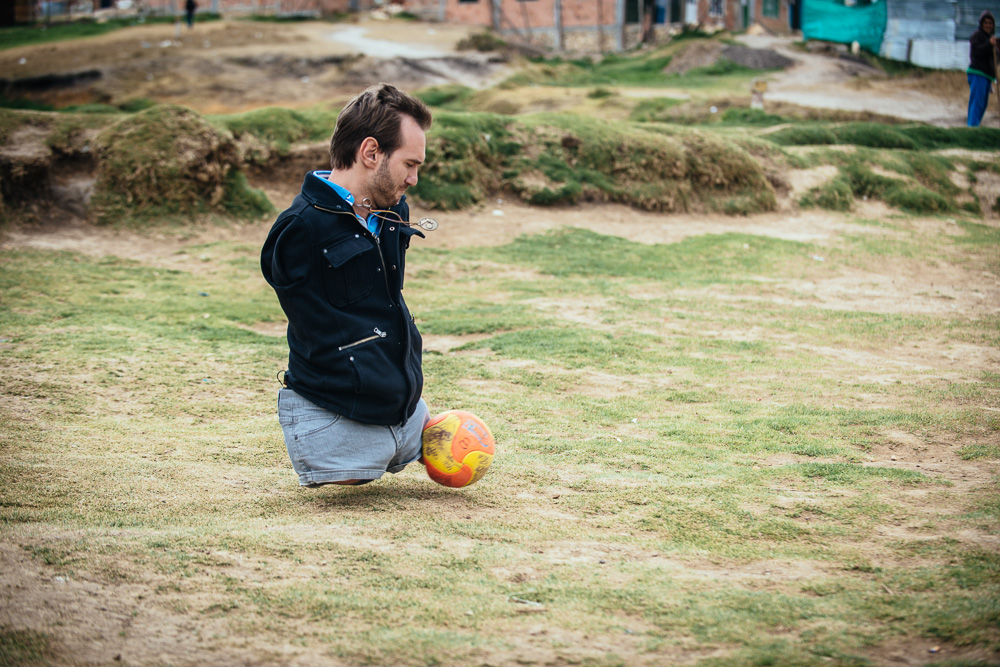 "...he also struggled with depression and loneliness as he questioned why he was different from all the other kids. He couldn't get the haunting question of 'Why was I the one born without arms and legs?"

After high school, Nick went onto tertiary education and obtained a double Bachelor's degree, majoring in Accounting and Financial Planning, from Griffith University in Logan, Australia. By the age of 19, Nick started to fulfill his dream of encouraging other people by giving speeches revolving around his life story. He found the purpose to his existence, and also the purpose in his circumstance.

Nick eventually made the move from Brisbane, Australia to Los Angeles, California, where he is the founder and president of an international nonprofit organization, Life Without Limbs, and owns the motivational speaking company, Attitude Is Altitude. He married the love of his life, Kanae, in 2012, welcoming their first son, Kiyoshi, in February 2013 and their second son Dejan, in September 2015.

Since his first motivational speaking engagement back when he was a teenager, Nick has traveled to over 57 countries, sharing his story with over 400 million of people. Nick is the author of Life Without Limits, Unstoppable (a New York Times best-seller), Limitless, Stand Strong and Love Without Limits. His books have been translated into over 30 different languages and have sold more than a million copies internationally.

Nick’s story continues to resonate worldwide, and he has been featured on “CBS Sunday Morning,” “Oprah’s LifeClass,” “PBS Religion & Ethics News Weekly,” USA Today, NewsMax, “Life Today” and “The 700 Club,” and twice on “60 Minutes Australia.” Christianity Today magazine named him one of the “33 under 33” who are shaping the next chapter in American faith.