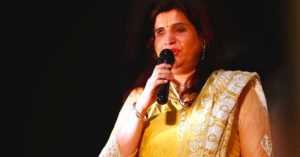 She Turned Blind at 8. What She Did Next Won Her the President’s Award Twice!

“I can neither see my audience, nor the scenic mountains I climb. But that has never deterred me from pursuing my personal and professional goals,” says Kanchan Gaba.

Kanchan Gaba has a few go-to lines that she includes in every motivational speech.

Erase all the boundaries around your dreams. The problem is not whether we can achieve something; the problem lies in the way you think. If you restrict your imagination and thinking, you will have a hard time reaching your goal. No problem in the world is bigger than your dream.

A two-time recipient of the President’s Award, is a lawyer/legal consultant by profession who has dedicated her life to uplift the underprivileged sections of the society, through ‘Turnstone Global,’ a Kolkata-based NGO. “Honestly speaking, sometimes these words are helpful even when I need inspiration,” the 40-year-old tells The Better India.

Not only that, but she has also fought for the rights of people in the past. Challenging herself to trek on rocky terrains and high peaks is a way to smash her own limitations. 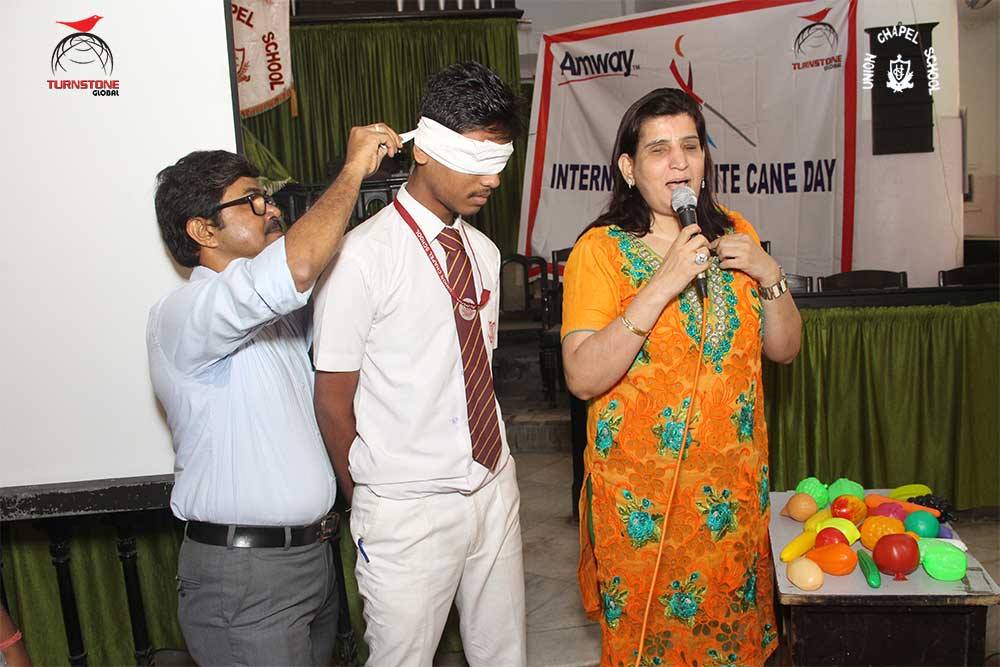 She is also visually impaired.

Kanchan was merely eight when she was diagnosed with coexisting glaucoma and retinal detachment. She lost her vision completely but not once did she let the condition affect her in any way

“I can neither see my audience, nor the scenic mountains I climb. But that has never deterred me from pursuing my personal and professional goals,” she says. 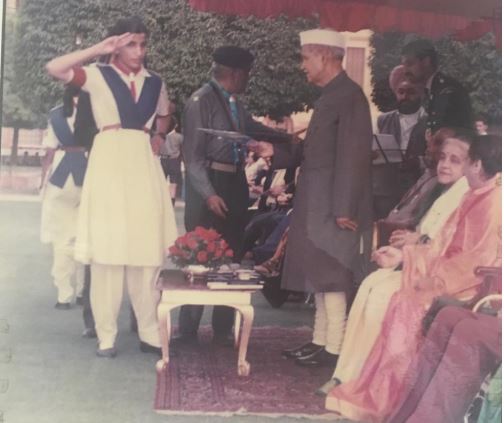 In 2011, she was given the ‘Role Model’ award by the Ministry of Social Justice and Empowerment (Disability Division) presented by the then President Pratibha Patil.

On Dealing With The Reality

1984 was traumatic for the Gabas, a Punjabi couple living in Kolkata. One fine morning, their 8-year-old daughter, Kanchan, woke up to find that she had lost her vision.

When the doctors were approached, all they said was that Kanchan’s condition, that is, coexisting glaucoma and retinal detachment, was incurable and permanent. In other words, the tissue at the back of her eye, that provides necessary oxygen and nourishment, had pulled away.

But that did not discourage the parents to stop looking for solutions. They explored every option⁠—from the conventional to the traditional—to no avail.

Kanchan believes that their lack of acceptance towards her condition was a significant drawback.

“They refused to believe that I would not be able to see ever, and would cry often. I was devastated when my colourful world turned black, but I accepted the circumstances and moved on,” she shares.

It took them a year, but her parents eventually came to terms with reality and enrolled their daughter in the Calcutta Blind School.

Kanchan is also the Secretary of Turnstone Global NGO

Kanchan was a good student throughout and topped her Class 10 exams in the state in the differently-abled category. She completed her higher secondary education from Lady Brabourne College and joined Calcutta University to pursue law in 2001 on a national scholarship. Three years later she completed her LLM degree, and in 2008, she finished her PhD.

Conquering all Hurdles From Mountaineering to Law

Her tryst with mountains started at 15 when she became a part of the Girl Guide programme in the school. The programme had activities like first-aid training, fire fighting and trekking in the forest and mountain. She learnt skills like crossing river streams and walking on wooden bridges necessary for surviving in a jungle.Sharing her first mountain climbing experience, Kanchan says,

“This was my first attempt at walking in a hilly region. There was a sense of freedom and peace; I experienced amidst nature. Coexisting with rivers and mountains also taught me a lot. It made me more disciplined and strong as I was out of my comfort zone.”

Not being able to see the mountains, in a way, worked in her favour, she jokes, “The height of fear was eliminated as I had no idea about how high I was from the ground.”

While Kanchan and her parents had no fears with regards to trekking, the neighbours would often taunt the family

“Initially, there were concerns from our relatives and neighbours. Some even suggested that my parents did not care about me,” she says.

Kanchan’s mother shut all the negative comments with just one reply, “If, in the future, we are not around to help her, she should be able enough to take care of her herself. She needs to stand on her feet as none of you will come forward and feed her.”

The immense support from her parents and self-confidence pushed the young teenager to take forward her love for the mountains. She went on to complete a course on rock climbing from the Darjeeling Institute of Mountaineering in the early ’90s.

Kanchan was awarded the ‘Best Girl Guide’ by the state in 1994. Not stopping there, Kanchan represented the country twice at the International Girl Guide meets in London (1997) and Bangladesh (2001). She was the only visually impaired participant at the London Girl Guides and Girl Scouts meet among the 700 participants.

Coming to her academic life, Kanchan had very few options after Class 12. STEM courses (science, technology, engineering, and mathematics) were automatically ruled out due to lack of disabled-friendly infrastructure and study material.

Her performance in rappelling and river rafting once again got accolades and this time a felicitation by Queen Elizabeth II. Other awards in her kitty include the Neelam Kanga ‘Successful Woman’ Award in 2003 by the Mumbai branch of the National Association of the Blind.

“So, I turned to law. I was always good in debates, and this was one way to use my skills and give justice to people at the same time. While the lack of study material in braille was a hindrance, I found a way out. For example, I would record the reader who would read out the notes to me,” Kanchan says.

She practised law at Kolkata High Court for some time post which she became a legal consultant and mostly dealing with matters of intellectual property rights.

Alongside, Kanchan joined the Turnstone Global NGO that works for disability care, sanitation, women, education and so on in 2004. She also worked towards improving the plight of women prisoners in West Bengal along with the Foundation for Universal Responsibility, an NGO headed by the Dalai Lama

By working for varied social causes, Kanchan is smashing yet another stereotype associated with the differently-abled.

“People have a misconception that people with disabilities only fight for the rights of their community. Of course, it is necessary to fight for our own rights, but that does not mean we cannot help others fight their battles,” says Kanchan.

After she quit her practice, Kanchan taught law at Calcutta University for five years, and in 2012 she left her job to fulfil her duties as a Secretary in the NGO.

Since then, she has been juggling her life between the NGO, consultancy and motivational lectures in corporations.

Apart from crediting her parents for believing in her, Kanchan is grateful to her husband Satyam Dey, who is a doctor. “I have been fortunate when it comes to finding a support system that will be with you, no matter what.

Kanchan is now exploring the world of internet and has recently started her own YouTube channel, where she shares inspiring videos.

From being a girl who was too shy to give answers in school to fighting for justice in a court of law, from having apprehensions about walking alone on roads to climbing mountains, and delivering motivational speeches to hundreds, Kanchan has come a long way since that fateful day in 1984.

You can write to Kanchan Gaba at dr.kanchangaba@gmail.com