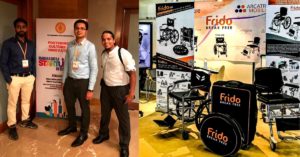 Equipped with height-adjustability feature, this ‘Made-in-India’ wheelchair can be packed into a suitcase in just 60 seconds! #Innovation

Durga Prasad Patnaik, 47, was left paralysed from the shoulder down in a road accident in June, 2015. The chartered accountant from Bhubaneswar sustained a spinal cord injury, was hospitalised for about two months and is now wheelchair-enabled.

The co-founders with the Frido wheelchair, which can easily be folded intoa suitcase

“When I was being rehabilitated after the accident, I understood my body. It was very difficult for me to go to the bathroom at that point. To lift myself from the existing wheelchair to the commode was really difficult and I could not find a wheelchair that could station over the commode,” he says.

He adds that most of the wheelchairs available in the market are suitable for senior citizens but are not useful for people like him who have been paralysed. Thus, began his hunt for a wheelchair that could meet his requirements.

That is when he came across FRIDO, a wheelchair developed by Arcatron which the company had just launched as a pilot. “They had not commercially launched the wheelchair but I pushed them to manufacture one for me. This wheelchair was bathroom compatible and I cannot explain how I felt using the bathroom on my own after seven months of the accident,” he informs.

Patnaik says that for about seven months, he was bed ridden. “Even if I had to go use the loo or take a sponge bath, it was from my bed. So, I browsed and browsed and browsed,” he shares. He found a few companies that were manufacturing these wheelchairs in Australia but they were expensive and he would have to incur additional charges for importing them. Thanks to FRIDO, Patnaik found a wheelchair that he was searching for.

Arcatron Mobility is a startup founded on 4 June 2015 in Pune. There wheelchair—‘FRIDO’ is foldable, convertible and can be used in the bathroom on the commode or in the shower.

“Life has moved on for me now. I am more independent and can even travel for work. Without Arcatron, this wouldn’t have been possible,” says Patnaik.

The roots of the start-up lay in National Institute of Technology Kozhikode where the four founders – Ganesh Sonawane, Laxmikant Banjarey, Kunal Kamble and Dewraj Barua – studied. The founding team was always passionate about innovation since their college days. Before Arcatron’s wheelchair, they had worked on, on and off road vehicles and soccer-playing robots, among others.

In 2011, the four of them participated in a college event where they bagged the first prize in a contest themed ‘Design for Disabled’. The four developed a wheelchair that was commode-compatible. 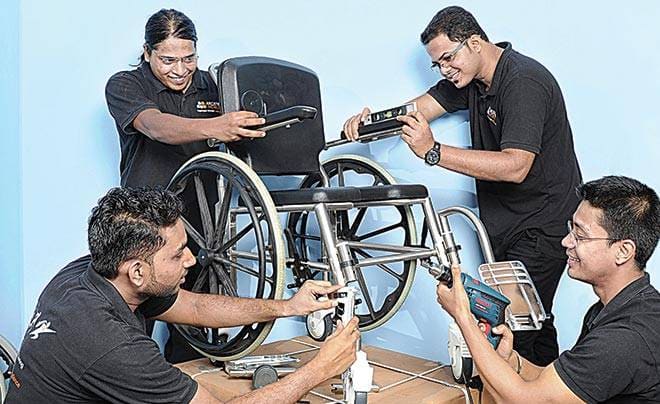 The four founders of Arcatron (from bottom left to right) Laxmikant, Kunal, Ganesh and Dewaj.

“We began developing the prototype in 2012 and up until early 2014, it was a weekend project for us,” says 30-year-old Ganesh. In 2014, they realised the value of their innovation which could cater to not only those who were disabled but also those who fell under the bracket of senior citizens. Thereafter started a period of research and development after which the startup was officially founded in 2015. Over the years, they have come up with different versions of their wheelchair, FRIDO.

So, what sets FRIDO apart from the other wheelchairs in the market?”

“The domestic market lacks products that are compatible with the Indian infrastructure (especially indoors and bathrooms) and are either not easily serviceable or affordable,” explains Ganesh. The products are priced between Rs 9,500 and can go upto Rs 36,000 depending on the models.

The “Where Am I” feature on the Eye-D app helps the user know their exact location and also informs them about important landmarks. Once the phone is in the ‘talk back’ mode, the user chooses a landmark they’d like to visit, the app helps them with directions.

FRIDO is designed with a stainless steel body. It has a height adjustability feature, making it easier for the person to use it over various toilets and beds of varying heights. In terms of hygiene, the seat is waterproof as it is made with material that eases cleaning for individuals as well as caregivers. 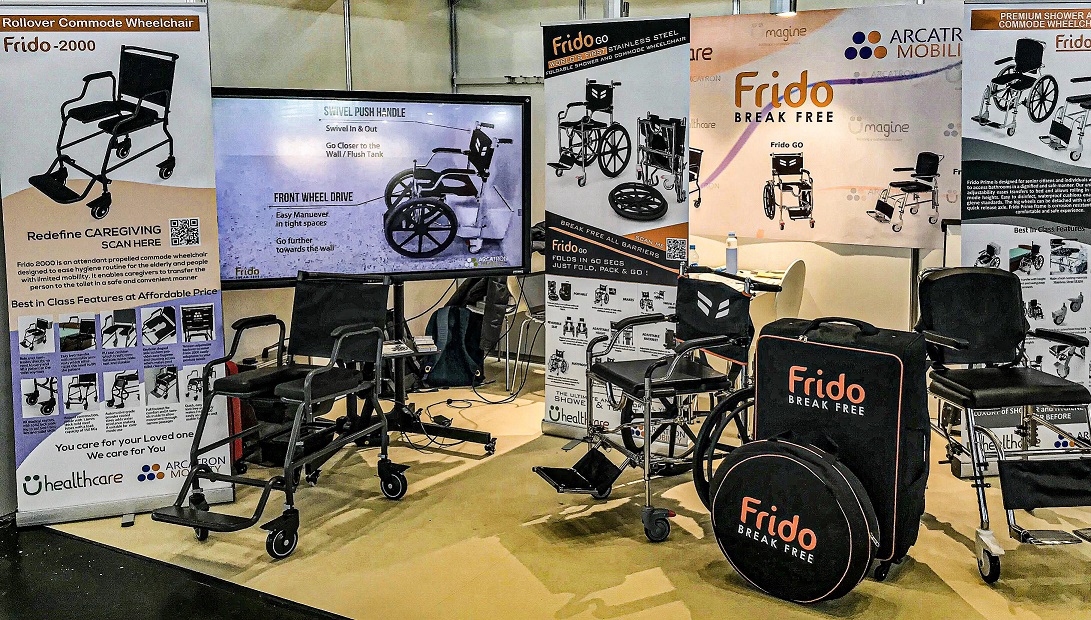 The Frido wheelchai r is travel friendly because it can be fold and packed in 60 seconds!

With a ‘Fold & Go’ feature, this wheelchair can be packed in a suitcase (that comes along with the wheelchair) in 60 seconds. This makes it convenient for the user to carry it along with them when they’re travelling.

These wheelchairs have been certified by the International Standards Organisation (ISO). Additionally, the wheelchair also has a CE certification that enables it to be sold across Europe.

Ganesh explains that when they started out, they did encounter several challenges. “Early challenges included us having to illustrate the proof of our concept. We had to prove that our wheelchair could be placed over commodes without the assistance of a caregiver,” he informs. Since this involved the use of their prototype by real patients, it could have had gaps resulting in injuries which the founders were really concerned about.

“Then, converting the prototype to the final product involves several phases of trial and error. Also, since this was a new innovation and we had just started out, raising funds was another challenge,” explains Ganesh. 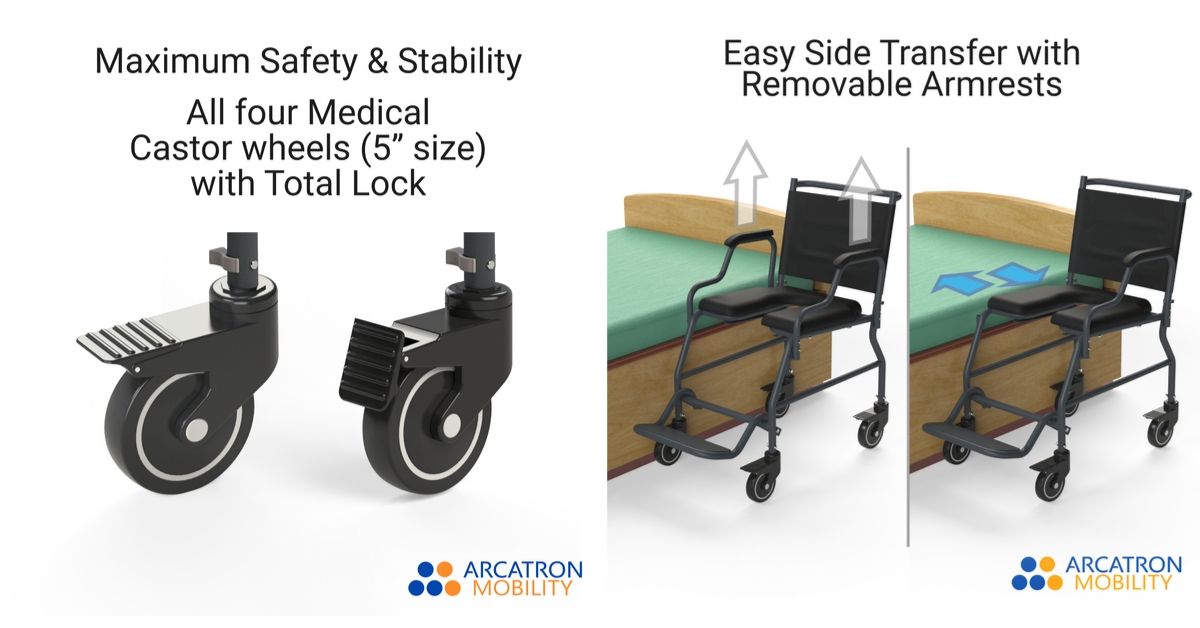 The Frido wheelchairs are sturdy and have several features that make it convenient to use.

Currently, the challenge that Arcatron faces is mass producing these wheelchairs in an affordable manner without having to compromise on the quality.

Arcatron must be doing something right as people like 56-year-old Ashok Sar, who have been using wheelchairs for a large chunk of their life, approve of their innovation. Sar was only 23 years old when he injured his spine in a road accident. “I had been looking for a shower chair since 1987. For people like us, a shower-commode compatible wheelchair is a necessity. Without one, we would have to depend on assistants or purchase an imported wheelchair,” he explains.

He adds that he did own an imported wheelchair but it was three times the price of FRIDO. “However, the wheelchair was rust-prone and could not be serviced as it did not have spare parts available in the country,” says the professor of Management at the Kalinga Institute of Technology (KIT). Sar has been using Arcatron’s wheelchair for over three and a half years now. 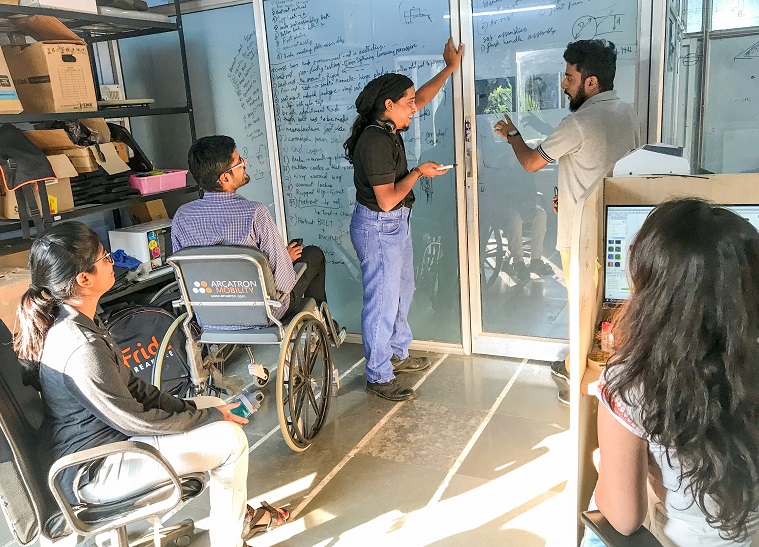 Brainstorming session at the Arcatron office

“Before, we would have to travel with two wheelchairs. Sometimes, even this was difficult as these wheelchairs were not foldable. The body of the wheelchair is of good material and is not susceptible to rusting or wear and tear like the older wheelchairs I used. The design is safe which ensures that it can be used in bathrooms that can be slippery,” he says

Arcatron’s wheelchairs have also been recognised across different platforms. Arcatron won in the SAN-Sadhan Hackathon on 17 Sep 2019 organised by the Department of Empowerment of Persons with Disabilities (DEPwD), Ministry of Social Justice and Empowerment, NITI Aayog, Bill and Melinda Gates Foundation and 91springboard. 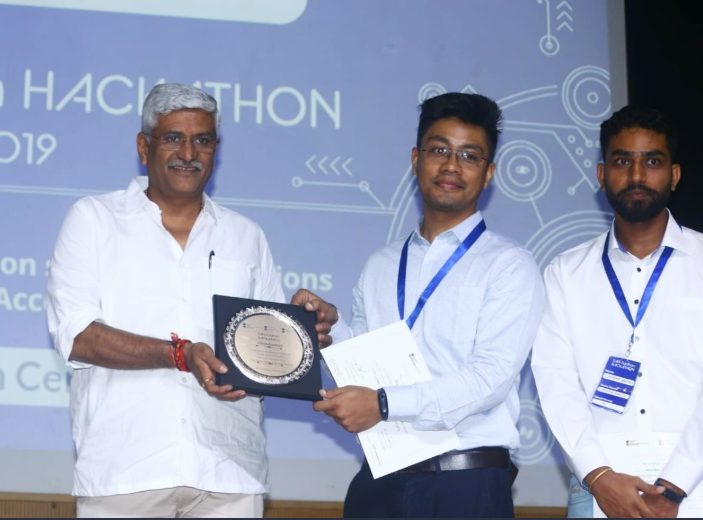 In 2016, they won the best startup award by Google India among 400 participating startups at the SURGE Conference. They have also catered to Saravana Kumar, a national level wheelchair table-tennis player, who was selected for a tour to Jordan to represent India in November 2017. Bathroom access was a big concern for Saravana. Arcatron Mobility delivered him a prototype of FRIDO which helped him during the time

Since they started, more than 1500 people across India, Netherlands, UK, Canada and Luxembourg have used Arcatron’s wheelchair

“Now, we want to empower those who live with locomotor-disabilities, revolutionise caregiving and create more jobs through expansion. The main vision is to be the market leader in India and be recognised as one of the most trusted med-tech product brands in the world by 2024,” says Ganesh signing off.